Until now most of our time has been spent building the various parts of the “contraption”, there hasn’t been much of a chance to play and explore the possibilities of what we’ve been building past the “testing” stages.

Thingamabob will be having its first public outing on Friday at the Fool’s Paradise Showcase where we’ll be presenting a short extract to give a taste of the show. With this in mind this weekend was the first Research & Development (R & D), as it were, session we had with some of the contraptions to devise some material for the Showcase.

The results have generally been very positive, the consistency of the machines was surprisingly good which is reassuring as this was one of our biggest concerns with the project. Having this short R & D session has revealed the numerous possibilities that are available and the amount of play there is to be done with the objects, we’re very excited about getting our teeth into the main R & D period at the end of this month when everything should be built and ready to be played with!

The photo below shows the set-up which we have been working with this weekend. (The actual components have been “coloured in” so you can see what’s going on, the background makes it all a bit confusing…) 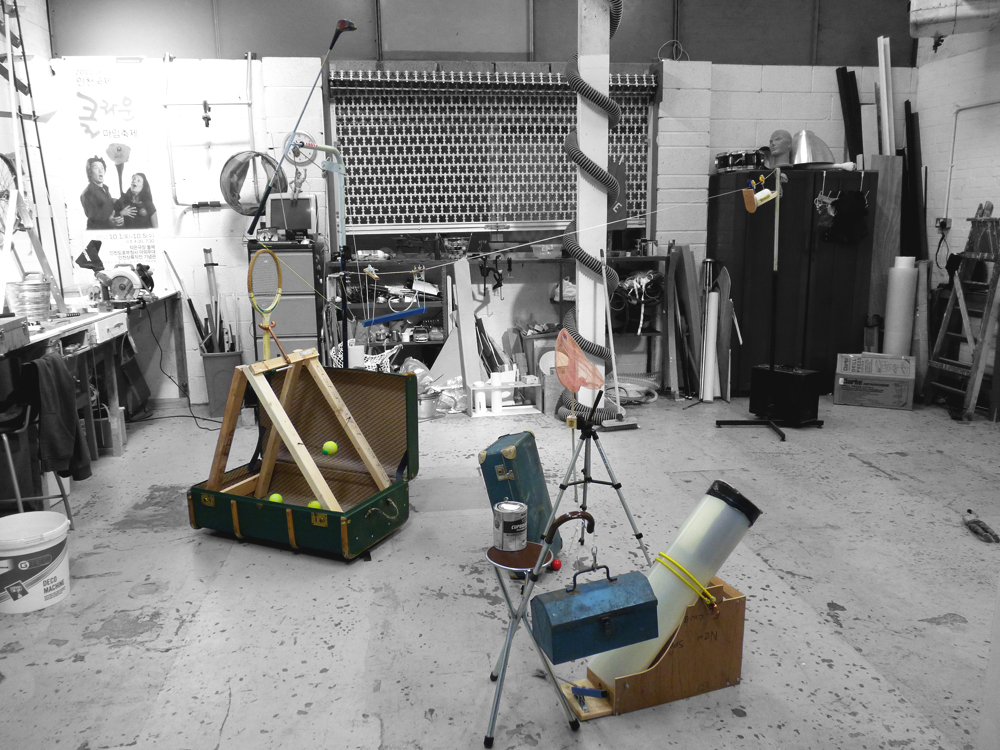 This next week will consist mostly of preparation and rehearsals for the Showcase on Friday with some building slotted in around rehearsals.