We’re very pleased to announce that we’ve been successful in our application for Grants for the Arts funding from Arts Council England and are very thankful and appreciative for the Arts Councils support on this project. We’re also very grateful to be receiving support from Hat Fair, Greenwich & Docklands International Festival, SeaChange Arts, Chelmsford Borough Council and Le Forneau (France) who are all coming on-board as Commissioning Partners for the creation of the show. And lastly, we’re hugely excited to be working with Alchemy Productions who have been, and continue to, produce and support this project. What a good start to the week.

Progress Report: We’ve moved into a new stage of development for Thingamabob; we’re now in a cross-over period where the building and devising are happening together, to begin the creation of the actual show. The next two weeks are based in a studio space at Circomedia during the day time and the evenings are being spent continuing with the construction in the workshop, its long days at the moment as the construction work has fallen behind a bit and there’s catching up to be done. After these two weeks at Circomedia we’ll be moving to Prema Arts Centre in Rural Gloucestershire for a two week residency, every thing needs to be built before then, or else.

The photo below shows the beginnings of the trolley/platform which the majority of the props will be transported on and then used as a raised surface during the performance. Controversially, we’re not keeping the wheels pink. (Edit: The wheels are still pink, even after a whole season on the road, we like them now) 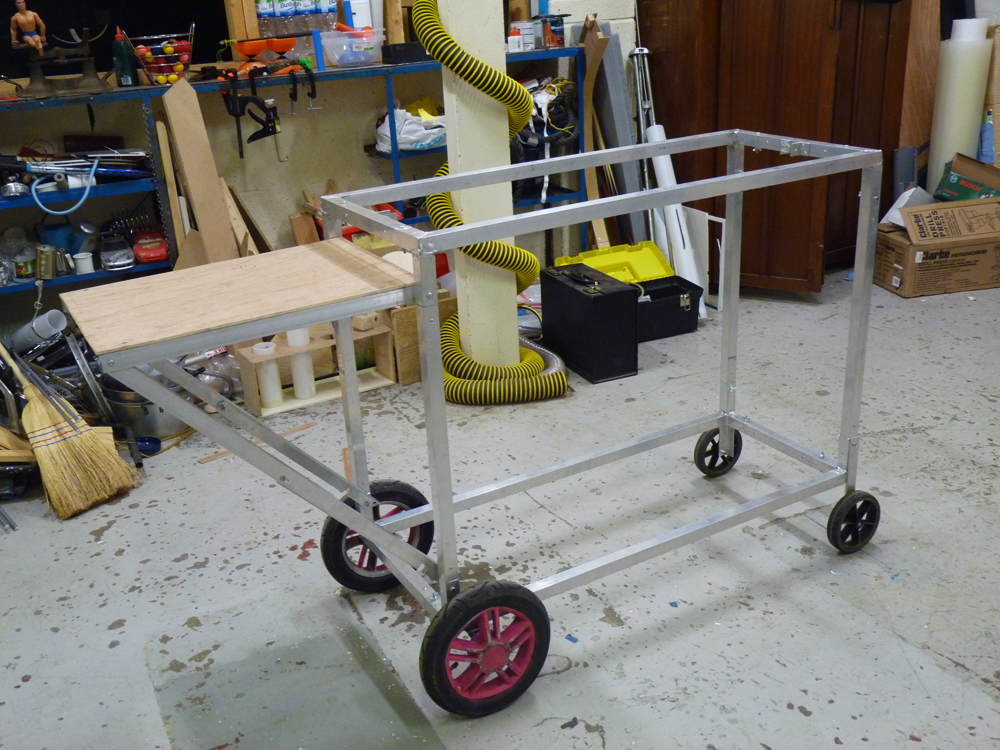 Joe Clarke was also in the workshop last week taking some video footage of some of the contraptions to make mini-movies of them, the shots looked great, we’re looking forward to seeing the final edits! 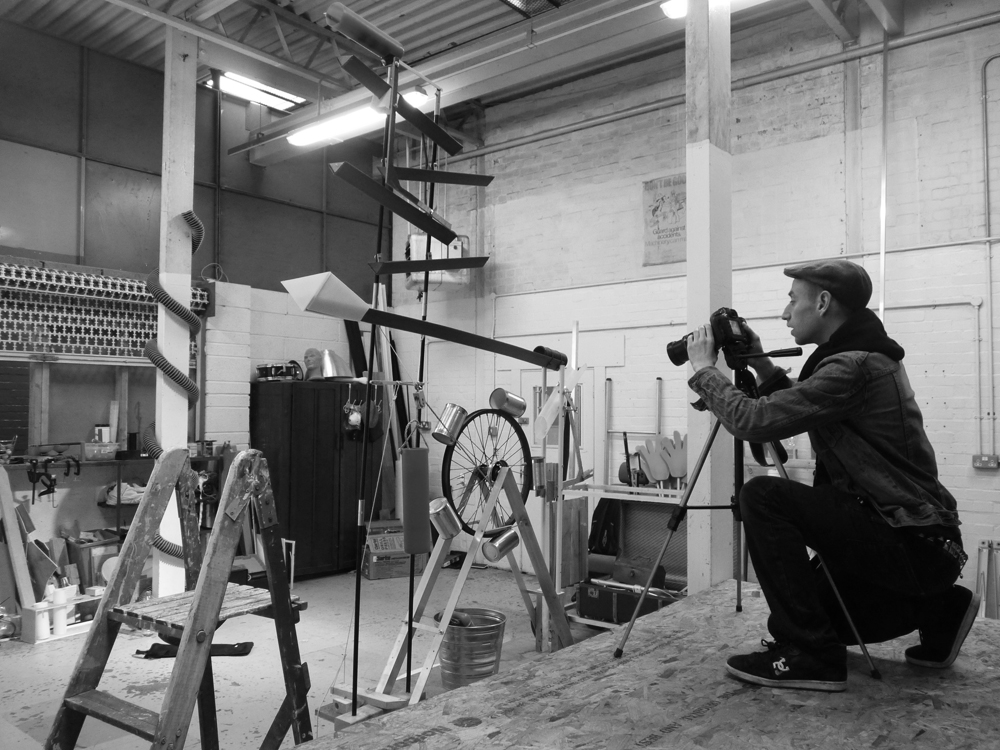