We’ve just finished our first 2 week Research and Development residency at the Lighthouse Arts Centre in Poole where we were working in their Studio Theatre on Logic of Nothing (Former working title: Doohickey). 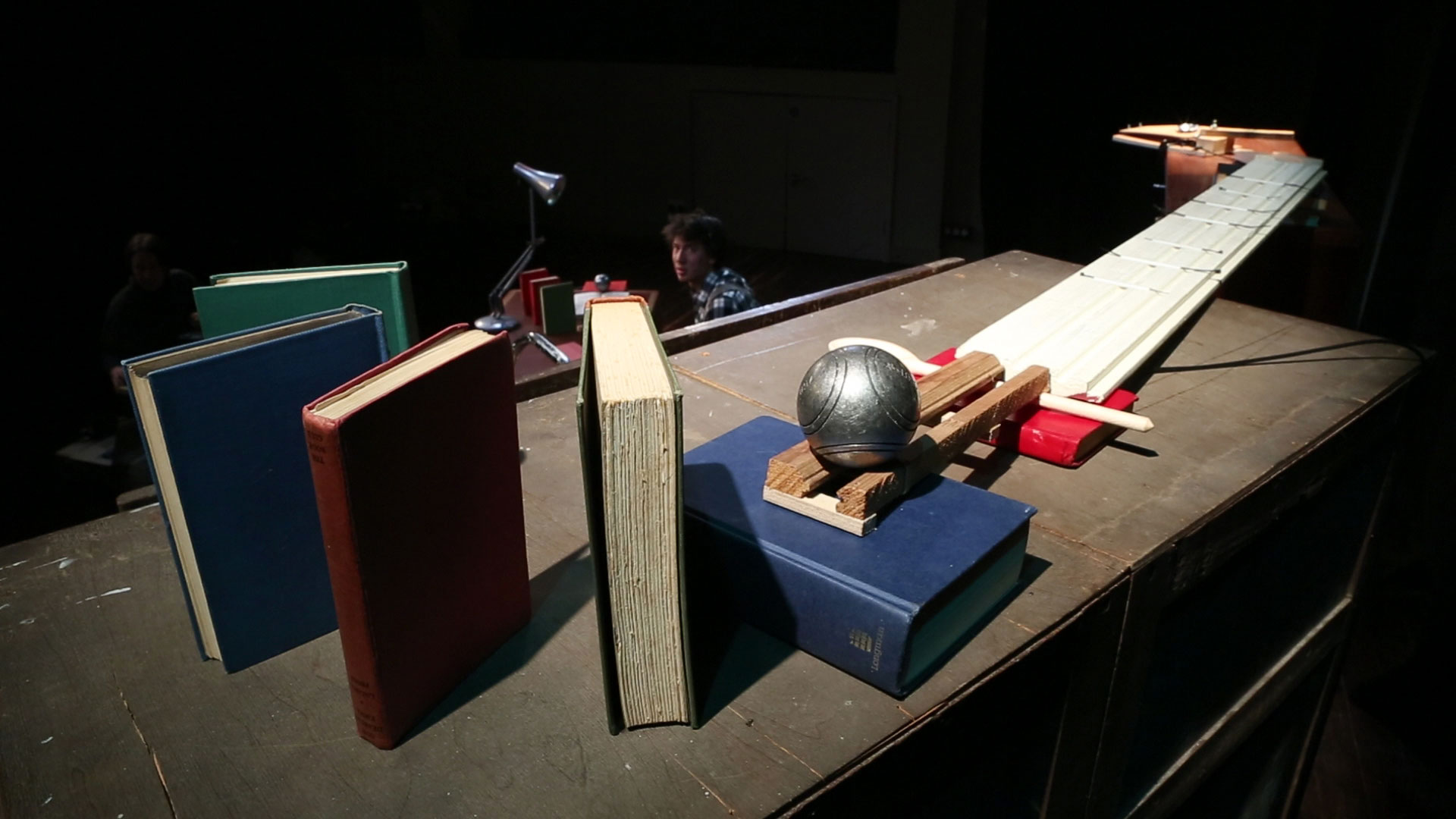 Here is a little insight into what we got up to during the last two weeks:

I spent week one on my own with all of the set and props which we’ve gathered so far. This was really just a time to have a play with the objects, contraptions and furniture to get an idea of physically what is possible, at this stage I didn’t work on any character or narrative just purely the circus and contraption combination element. It was a good time to test some ideas I’d had whilst making the contraptions and to discover some completely new ones. What was especially useful was not having and time restraints or pressure to present anything at the end of the week which really allowed me to play and explore things in more depth than I perhaps would have, which at this stage of the creation is really useful and valuable.

Now, reflecting back on the material I was working on, most of what I had pre-planned probably won’t end up in the finished piece but new things which happened un-planned are more likely to, that’s always the way, it was good to have the freedom to explore and discover. 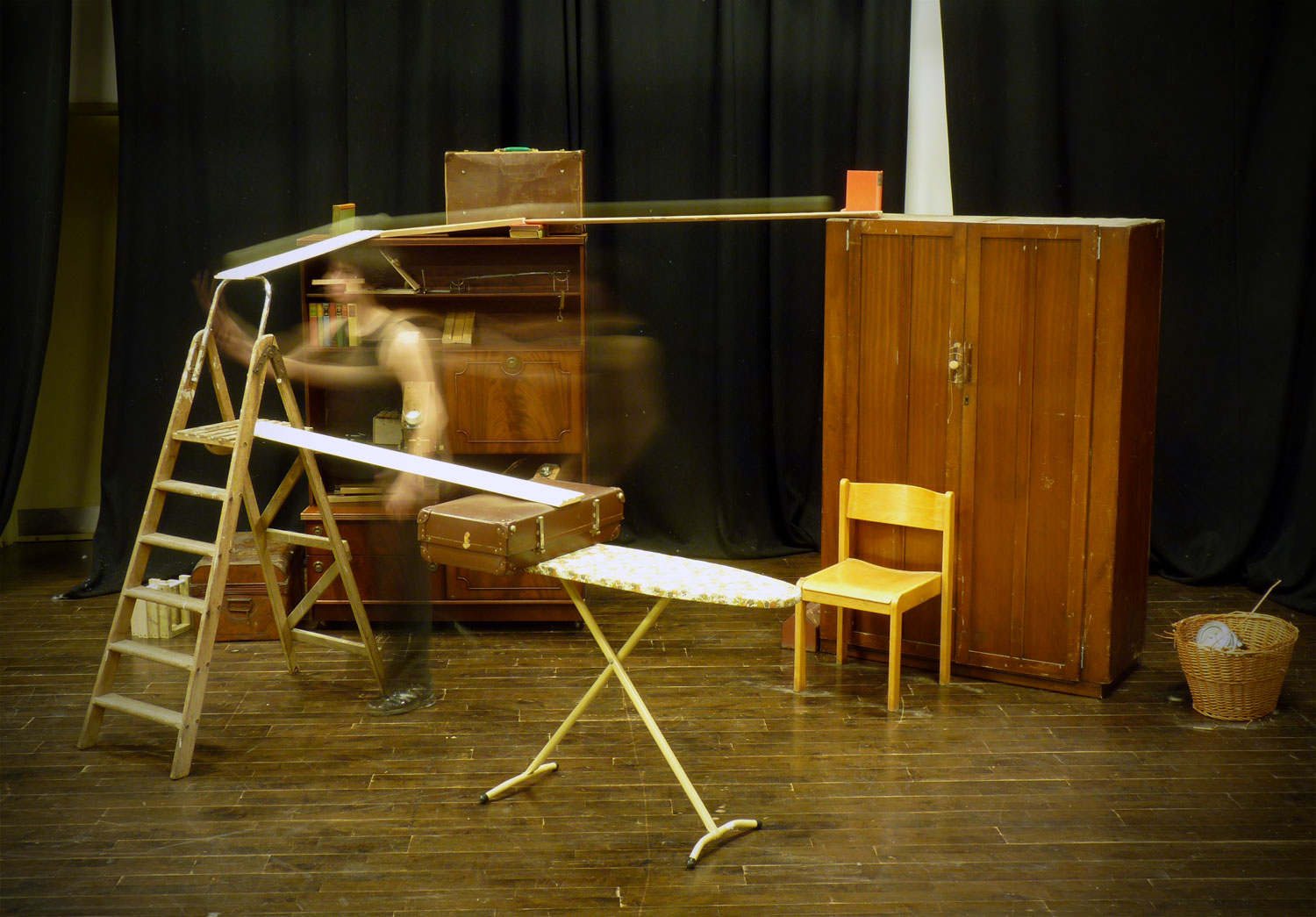 For the first part of the second week I was joined by Kathy Hinde who is the sound designer for the show, as described in a previous post, Kathy is designing the sound in a very unique and exciting way so it was exciting to have her come down for the week to get the first taste of what might be possible.

We attached contact microphones to the contraptions, furniture and anything else we could get our hands on and listened to the sounds they made when amplified – the creak of a hammer or twang of a spring. The original idea was to take the sounds and process them with some effects etc but we quickly found that wasn’t needed as the natural sounds inherent in the objects were really interesting, crisp and clear just as they were.

We spent most of the week listening to the contraptions, recording parts, adding small effects where appropriate and generally seeing what the possibilities were, again, with no pressure to show or present we allowed ourselves to  really explore in depth how far we could go with the sound. Just from introducing the sounds a lot of interesting ideas emerged for ways to bring the audience more into the head of the character and take them into his world of contraptions and invention. I wasn’t quite prepared for how much the sound could influence the way this “story” or character is shown to the audience, but am very excited to see this develop.

We also worked through some technical issues, for this residency we had daisy chained 3 mixing desks together to cater for all the contact mics which we were using, we very quickly realised we’d need to buy a bigger mixing desk to be able to use all of the microphones we wanted (probably double if not more what we had in Poole). Other issues included how the mics would be concealed in objects or fixed to objects which wouldn’t necessarily stay in the same place, it was good to encounter these problems at this stage so we can take them into consideration and solve them during the rest of the process. 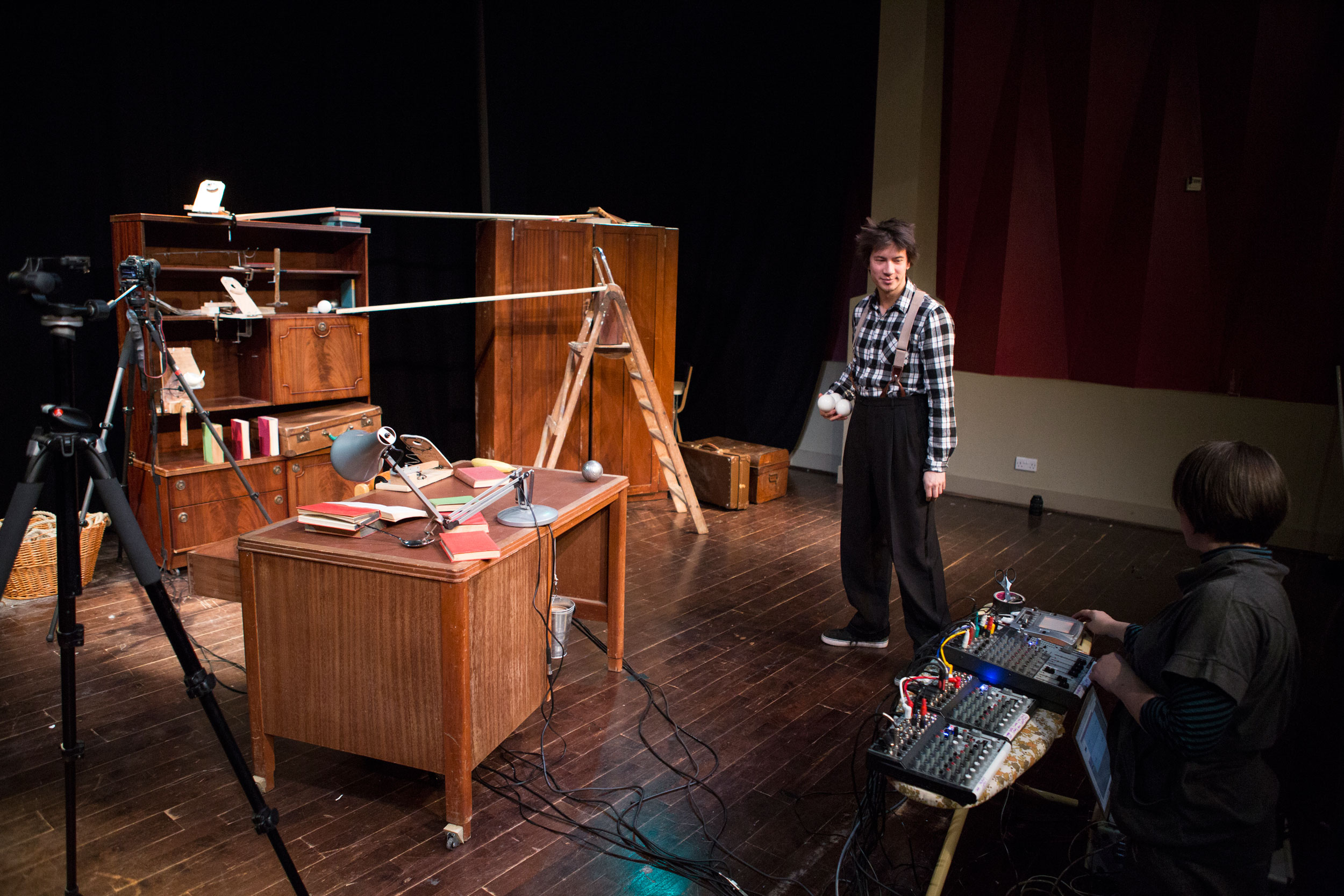 On our last day Joe Clarke joined us to film and document some of the R&D we had done over the two weeks – so look out for a video on here at the end of the month!

Many thanks to the team at the Lighthouse for their continued support!

Its back to the workshop for me to continue to finish the rest of the set and contraptions before our next residency.