One month to go.

Apologies again for the lack of posts, we’ve been flat-out with rehearsals and prop construction, unfortunately not enough time to write posts at the same time!

The last post was at the beginning of our 2 week residency at Prema Arts Centre, all went well with much material created, logistics solved, and a visit from our Creative Producer; Alchemy Productions which provided some useful insights and helped the creative process along nicely.

Below is a very short video edit of some ideas and material created:

During the time at Prema, as expected, the list of new things to build grew so the last couple of weeks have been spent in the workshop finishing everything that needs to be built before the final 3 weeks of rehearsals which start at the end of this week. Thanks need to go to our project build assistant Adam Pang – we’d be in a much worse position if he wasn’t on-board, great to work with someone who has experience working under pressure and to a time scale. 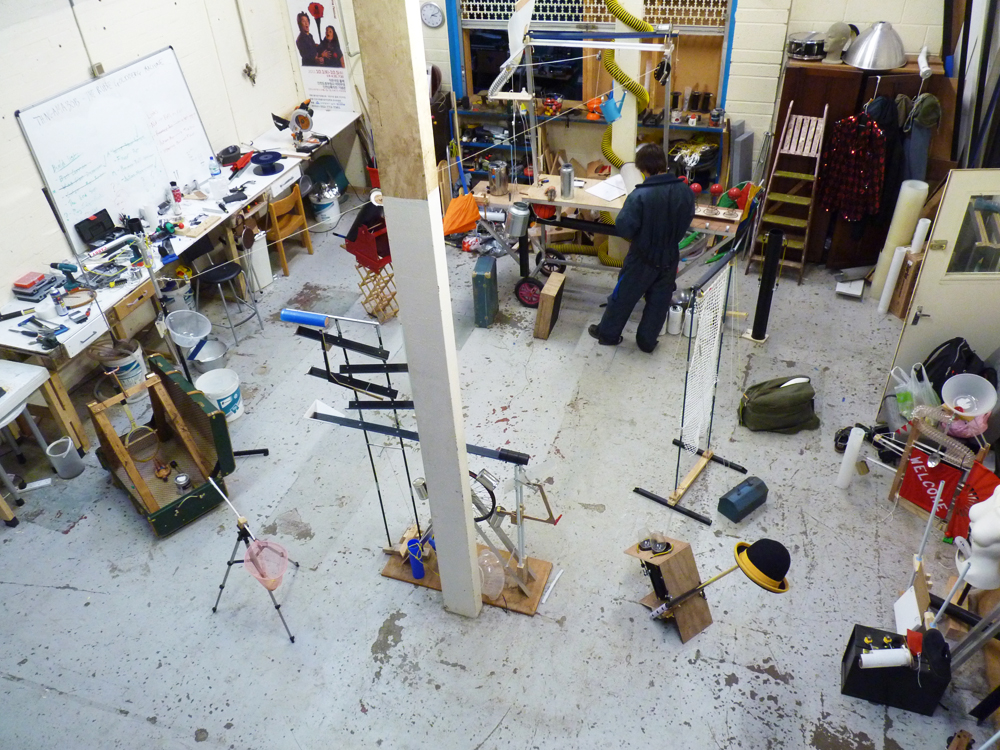 As you can see from the image above, the workshop has been filling up…

The next few weeks of rehearsal will be based at Circomedia and the College Project. So far the process has mainly been Matt devising and researching on his own but for the next two weeks Revi will be in directing and “cleaning” the material through the final stages. Bim Mason will also be in providing some directional guidance. In two weeks time we will be looking to do an informal work-in-progress showing with enough time to spare for changes before the first performance on the Jubilee weekend!

We still have a lot of work to do, but we like deadlines and there’s nothing like a bit of pressure to get a show into shape. After the first performance at the beginning of June Thingamabob will be on tour during the rest of the summer at Festivals across the UK and abroad, we’ll be releasing the dates soon.