Q&A’s with Matt Pang on Logic of Nothing

Before the Logic of Nothing premiere in October I was asked a few questions about the creation of the show and devising process by Circomedia. Here’s what I said:

1)    What was the starting point for the creation of Logic of Nothing and how has the piece developed through the devising process?
The original idea was to create an outdoor show using two scientists as the main characters, after some research into experiments and contraptions (mainly balls running through tubes) we quickly came across Rube Goldberg (USA) and Heath Robinson (UK), two cartoonists who drew cartoons of very overly complicated contraptions which competed a simple task. From this inspiration we created our outdoor show “Thingamabob”, naturally with most of our projects we develop outdoor pieces to then work for indoor venues, in the case of “Logic of Nothing” although the initial ideas stem from the same place as Thingamabob it is a completely different  show. The reason it’s so different is because of the fragility of Heath Robinson type contraptions, the contraptions in the outdoor show are very simple and robust to cope with the rain, wind, wandering dogs etc… in creating “Thingamabob” we saw the potential to create something more delicate, intricate and risky  (in-terms of engineering and reliability) this is what has lead the projects focus.
The contraptions and the juggling were the first and main elements to the initial devising process, as the process has moved on we’ve started to build Oscar as a character and his relationship with his contraptions, and himself, we discovered he’s is a very lonely  person with an urge to meet others, socialise and show off. Finding Oscar has been aided by Kathy Hinde (our sound designer) who has really found away to let the audience into Oscars world, audibly. Technically the devising has been tough on mind and body because of the amount of re-setting of chain reaction type contraptions to rehearse the more physical sequences. But we really think it’s worth it. 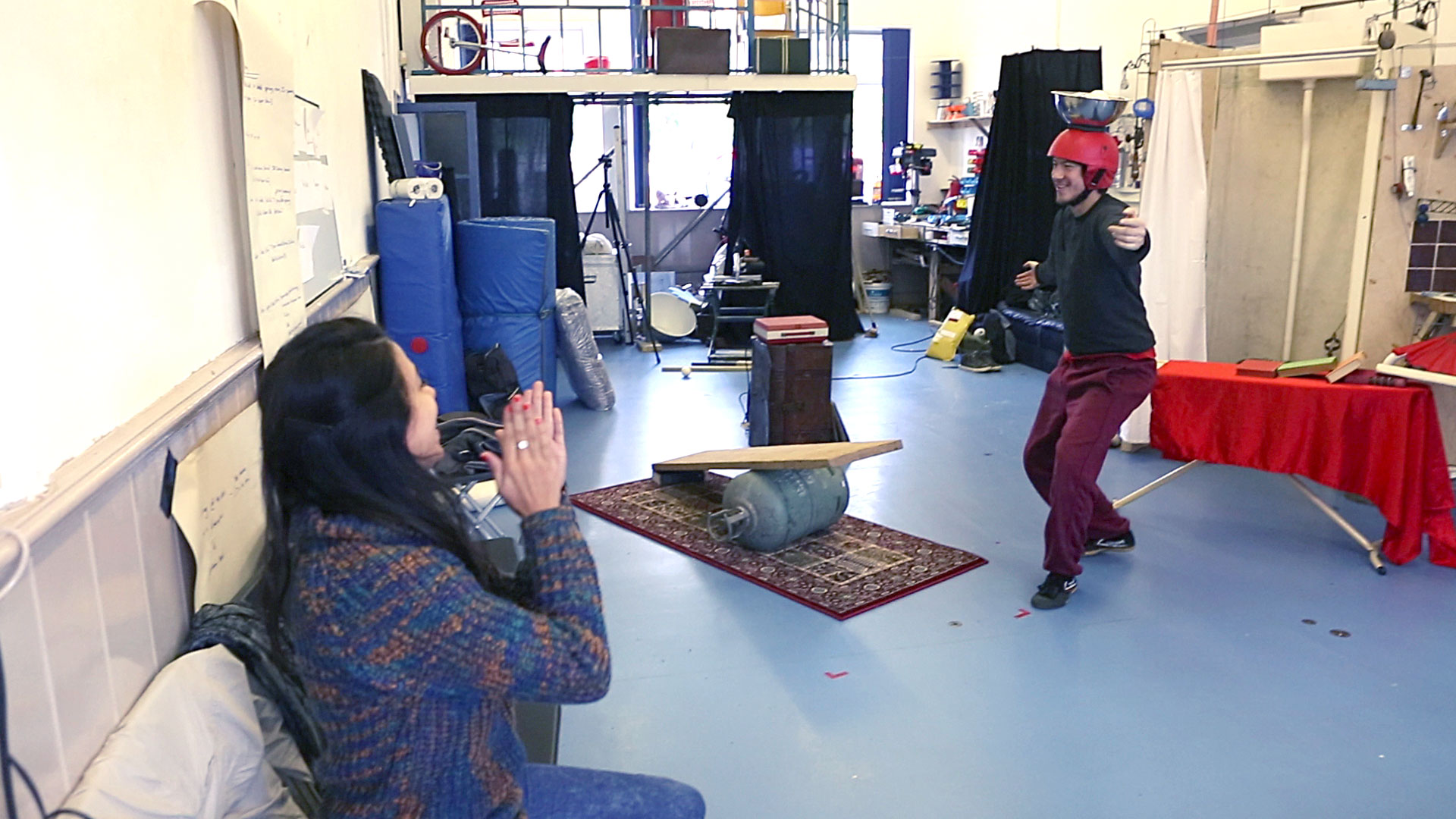 In rehearsals with director Revital Gottshalk

2)    What companies/ artists have inspired you most in the creation of this piece?