Logic of Nothing (Former working title: Doohickey) – An Introduction

This post is an introduction to our new show in creation: Logic of Nothing

Through Logic of Nothing we hope to create a piece of Circus-Theatre which does a number of things: Showcases circus in its best raw form and provides an; original, humorous, visual and aurally stimulating piece of circus physical theatre which is easily accessible and enjoyable for its audiences and is a rich and seamless blend between circus, theatre and contraption.

Logic of Nothing will be set in the home of a slightly/very (tbc) obsessive compulsive inventor (Oliver Boffin), who has filled his home with gadgets and contraptions, mostly invented by himself to make his life easier (or harder, depending on how well they work). He has invited you, the audience, into his home to show you some of his wonderful, bewildering and strange contraptions and how he lives. The audience observe as the demonstrations go brilliantly, badly and unexpectedly (for the audience and Oliver), and sometimes, it all just gets a bit surreal. 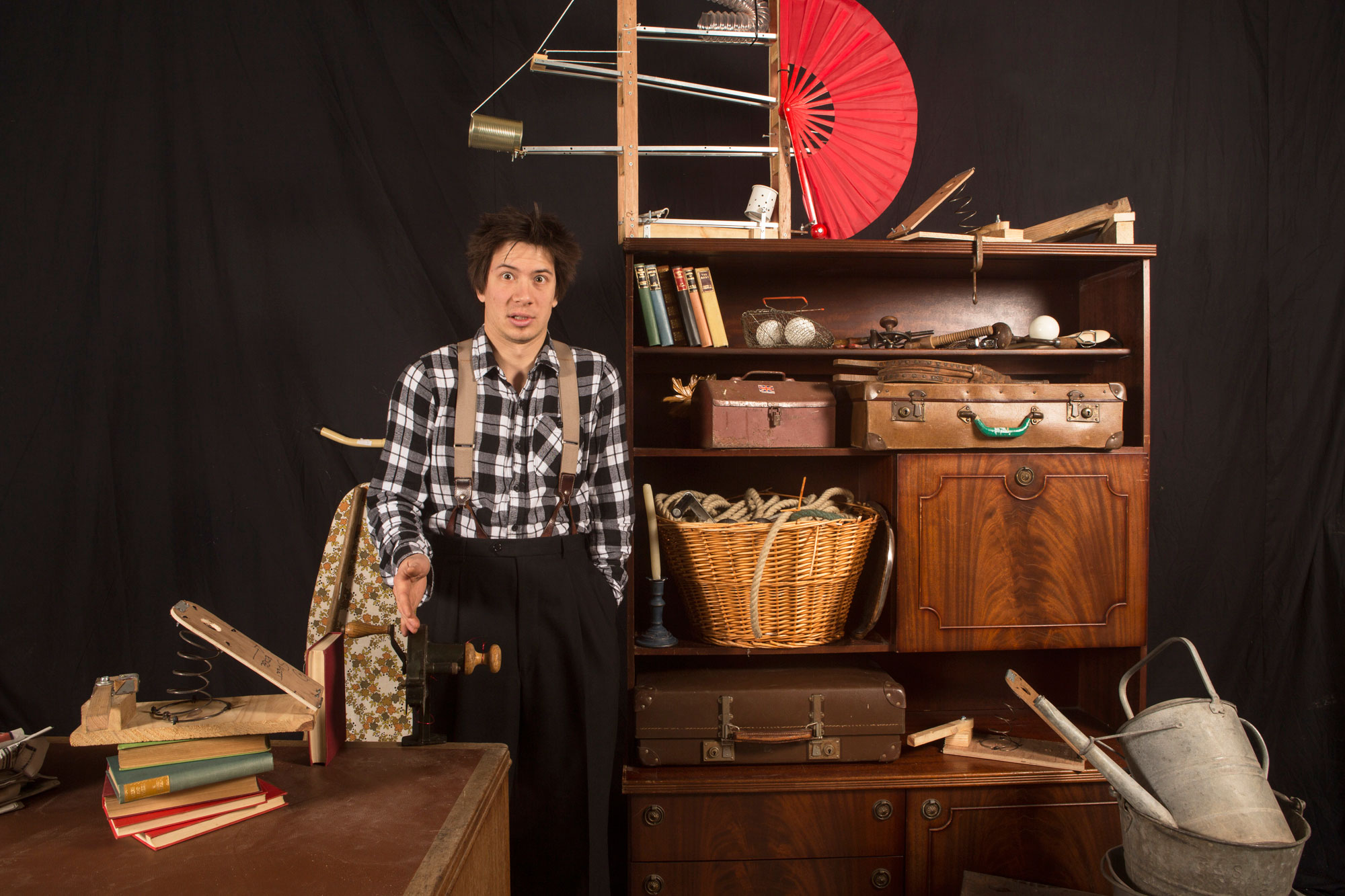 Obviously, the first and main inspirations for this show have been from the work of Rube Goldberg and Heath Robinson which you can read more about in an earlier post.

Whilst creating Thingamabob we made some interesting discoveries, thoughts and ideas. One of which was some interesting similarities between the machines/contraptions themselves and circus and how the two things can create a very similar reaction from an audience. The machines can be; visually very pleasing and satisfying, they create tension and expectation, they have the risk of failure but the pleasure of success, all of these elements are present in circus and are contributing factors to what defines circus as an art form. A Heath Robinson contraption could almost be called a “Circus of the Objects“.

With the “Circus of the objects” in mind we’re also interested to see how the contraptions can be used to control, manipulate and animate the performer and his skills. For example, balls or other objects being launched into the air either on purpose or as a seemingly unexpected incident and how the performer can use his skills to respond to the action by either saving an object (a glass which is slowly tipped off a shelf, creating suspense and tension) or continuing an objects path into a pattern (a ball projected into an already flowing juggling pattern, creating a satisfying conclusion to that action).

For this project we’re very excited to be collaborating with audio-visual artist Kathy Hinde, who will be the sound designer for this project, creating the soundtrack live on stage during the performance.

We’re very excited about this concept and are looking forward to working with Kathy and to see how the sounds created can feed into our process, this is very new ground for us which makes it all the more exciting.

Other useful information about the show:

So there you have it, all you need to know about our new show Logic of Nothing, for now. Keep checking this blog for updates – we’ll be blogging throughout the creative process with videos, notes and photos. R & D Starts soon and we’re excited!

2 responses to “Logic of Nothing (Former working title: Doohickey) – An Introduction”